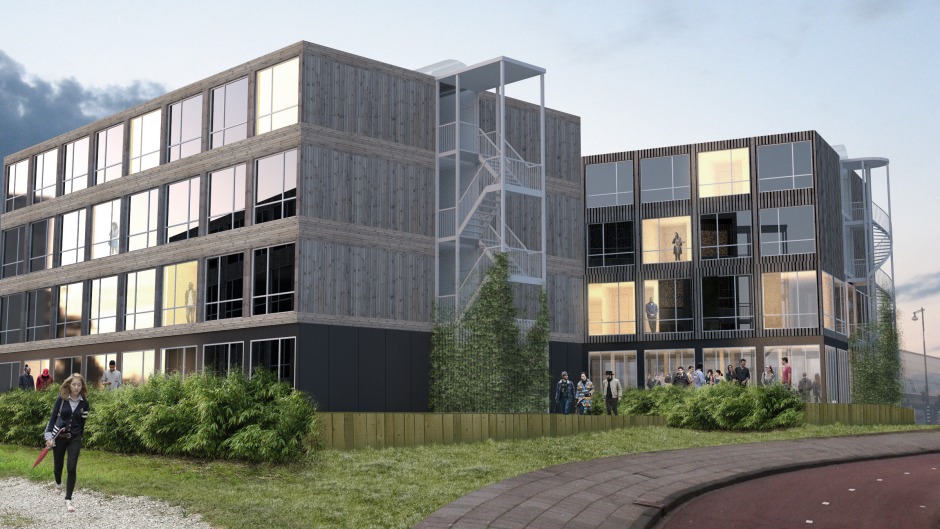 Wasa Student Village fits in new zoning plan
Sloterdijk, an area with predominantly offices on the west side of Amsterdam, is currently undergoing a major change. After the financial crisis in 2008, many offices were vacant. With a more flexible zoning plan, various functions have been strived for in Sloterdijk in recent years. Through new construction and transformation of buildings, new office and living space has been created, such as the Wasa Student Village. The buildings temporarily fill the undeveloped area. They are modular, which means that they are very easy to dismantle and move somewhere else. The 'village' has a permit for a maximum of five years.

A village with social character
Due to the limited size of the apartments, extra attention has been paid to the public space around the buildings. By applying three different motifs in the wooden façade cladding, the designers have provided variety, which reinforces the impression of a village. The village is characterized by a mixed-living concept. Students, young people and young status holders from 18 to 27 years old take up residence.