Amsterdam is building the largest new residential area ever: Haven-Stad

Urban expansion within Ring A10, including Sloterdijk 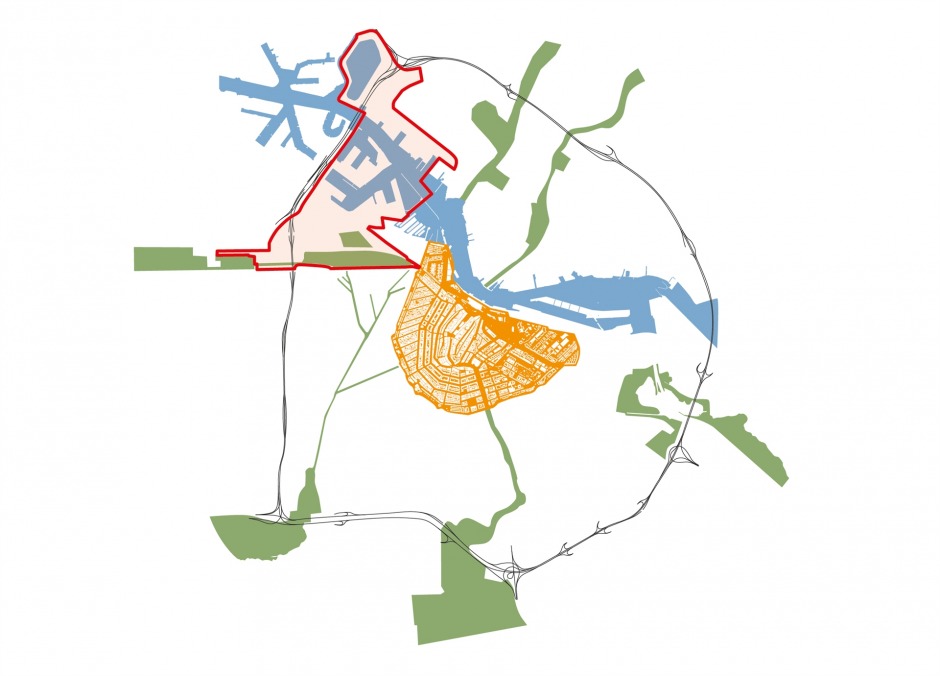 There is a great need for living and working space in Amsterdam, especially within the Ring Road A10. Twelve sub-areas to the west and north-west of the center, including Sloterdijk, are the most logical location in terms of location and size to meet the needs. That is why Amsterdam is adding 40,000 to 70,000 homes and 45,000 to 58,000 jobs to the city. A program called Haven-Stad. The municipality of Amsterdam has high ambitions for this area. It must be an attractive, highly urban living area, easily accessible by public transport and bicycle, and sustainable. The qualities of this area in terms of location, size and identity cannot be found elsewhere in the Amsterdam Metropolitan Area.

Haven-Stad
The Haven-Stad program includes Sloterdijk, Westerpark, Coen and Vlothaven and part of the Northern bank of the IJ. The transformation is done step by step and has already started in Sloterdijk Centrum and Sloterdijk I.

Due to its location: close to the Center, the port area, Schiphol and in direct connection with Zaanstad and the North Sea Canal area, it is and remains an attractive business location for businesses. The existing industrial port area occupies a special place here. In order to do justice to this, a covenant was concluded in 2009 in which it was agreed that the housing development in the Houthaven and at the NDSM shipyard could take place, but that for other areas in the port area a 'step to the right' would be made with housing plans.

Mobility
In Haven-Stad the focus is on public transport, bicycle and pedestrians and less on the car. This means that the public transport network will be expanded. Furthermore, Amsterdam wants to build a fine-meshed bicycle network. There is little room for car parking. In order to offer people an alternative, the Amsterdam metro network may be expanded.

Sustainability
Haven-Stad will become the sustainable city in all aspects: CO2 reduction, reuse of waste and raw materials, emission-free transport, sustainable energy and rain resistance. Due to the scale, they are able to apply more and more innovations in Haven-Stad than in other areas.